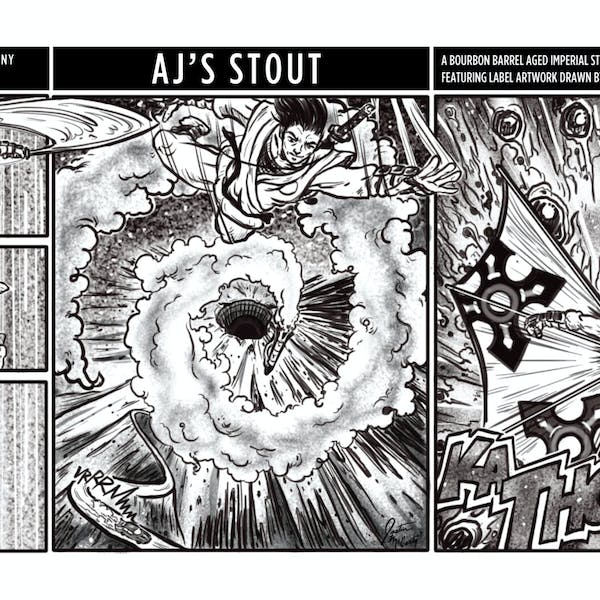 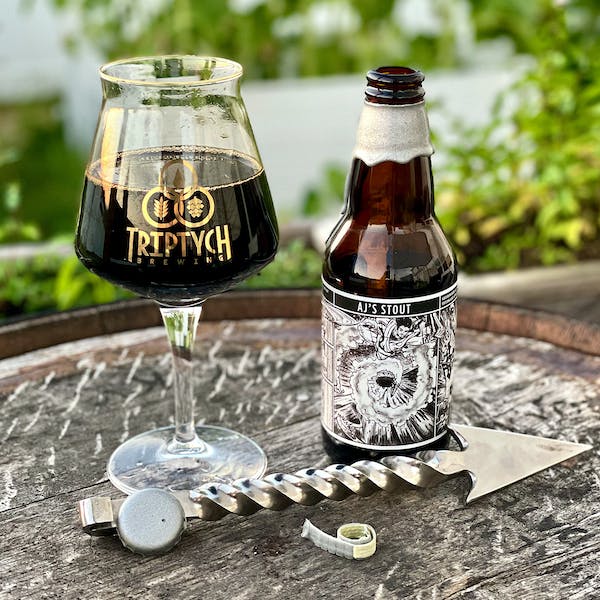 AJ’s Stout is meant to represent some of the best of what Triptych has, at least when it comes to aging a big stout in a bourbon barrel. And over the years, the base beer has slowly rounded out, getting bigger and bigger, losing some of its roasty and smoky edges to become something that not only absorbs and enhances the underlying distillery’s bourbon character but also evolves into something new and compelling.

Even though I have lots of barrels to choose from, for this release, I chose only barrels that contained Heaven Hill Parker Heritage Collection bourbon. These barrels were from the 2020 release and they were all heavy char barrels. Instead of the normal level 3 char, these barrels had a level 5 char, and as a result, they contributed intense notes of caramel, maple syrup, and even a slight smoky/roasty wisp to the original bourbon and then also to our beer. After more than 20 months of aging, the beer concentrated significantly, taking on oak, toffee and dark fruit (think plums, figs, and light cherry). And in amongst all of that, is that wonderful fruity, leathery, spicy, Heaven Hill bourbon character that has graced so many of our barrel aged beers over the years. Dark chocolate pokes its head up too.