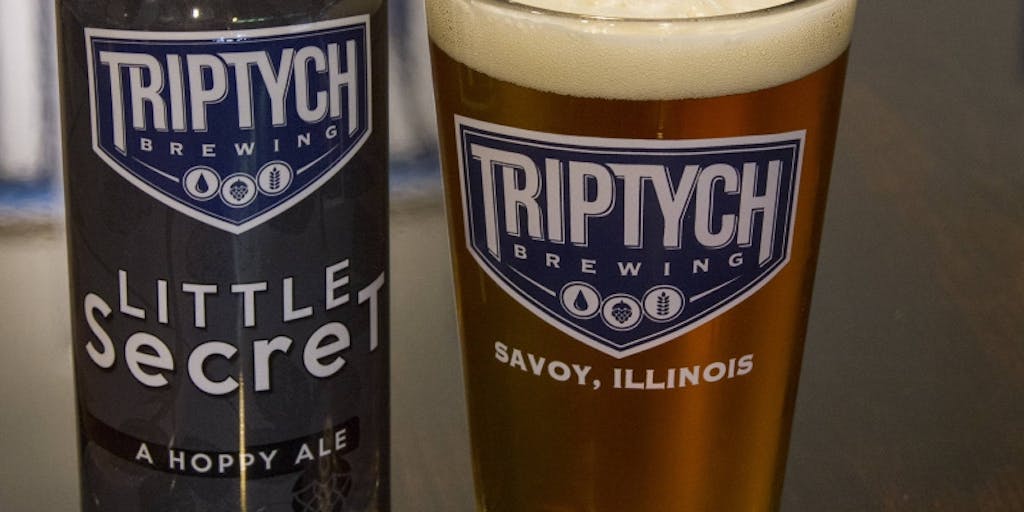 Triptych won a gold medal in the 2016 World Beer Cup on Friday night. An international competition held every two years, this year’s event drew entries from over 1900 breweries in 55 countries. Triptych was one of ten Illinois breweries to receive a medal in this year’s competition.

Triptych’s winning entry was a hop forward ale called Little Secret. Entered in the Session IPA category, Little Secret competed against 111 other beers. Triptych’s brewer/owner, Anthony Benjamin, said he was very excited when he heard the news. “It is such an incredible honor to bring a WBC gold medal back to Savoy and the CU area. This year marks three years of brewing at Triptych and we couldn’t be more excited to keep sharing our beer with everyone,” Benjamin said. Little Secret was originally brewed as a “secret” beer for Benjamin and his staff, but its popularity has steadily grown. Last year, it was the first Triptych beer to be packaged in 16oz cans. Hot on the heels of a large expansion at the brewery that included a new, automated canning line, Benjamin said that he expects Little Secret will be a staple in Triptych’s can lineup for sometime to come. “I guess the secret is out,” he added, “The next batch of Little Secret will be released in time for Memorial Day barbeques.”

You can keep up with Triptych’s latest releases by watching their Facebook page or by stopping by the brewery in Savoy at 1703 Woodfield Drive. Triptych also won a silver medal in the 2014 World Beer Cup for their English Brown ale known as Dirty Hippy.