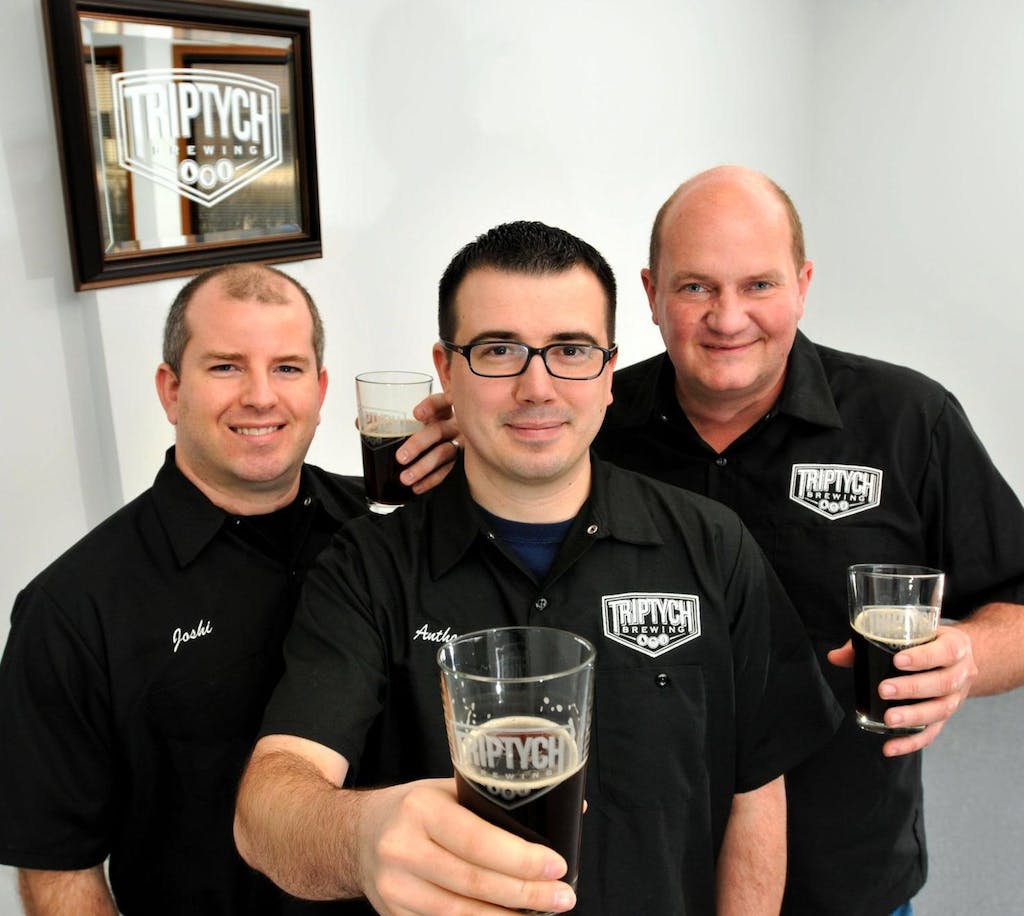 SAVOY — If all goes as planned, Savoy could get a “nanobrewery” this summer, giving area residents a new place to sample and buy craft beers.

Three partners — Anthony Benjamin, Joshi Fullop and Jason Bartell — plan to operate Triptych Brewing, which would make beers for consumption both on and off premises.

Triptych has leased space at 1703 Woodfield Drive, where it will share a building with Paco Office Equipment.

“In the initial phase, we’re starting as a nanobrewery, the term given to breweries brewing under the 5-barrel scale,” Benjamin said. “We’re going to brew at the 1.5-barrel size, and initially we’ll have a tasting room attached to the brewery.”

Most retail sales will be by pints or growlers, with pints and sample sizes being consumed on premises. The 64-ounce growlers will be for consumption off premises.

Several restaurants and pubs have indicated interest in carrying some of the beers on draft, but Triptych has made no commitments at this point, Benjamin said. He said brewers in Illinois can self-distribute if their volume is 75,000 barrels or less.

Benjamin, 30, said he has been self-brewing since 2005 and entering brewing competitions almost from the beginning. His full-time job is team leader for a Web development group in the University of Illinois College of Engineering.

He said he got into brewing as a hobby while his wife, Anna, was in law school. But now that she has graduated and is practicing law, he’s looking at pursuing brewing as a career.

“I really wanted to do this full time, as my love of craft beer increased,” he said.