The News Gazette | What’s in a name? Triptych Brewing 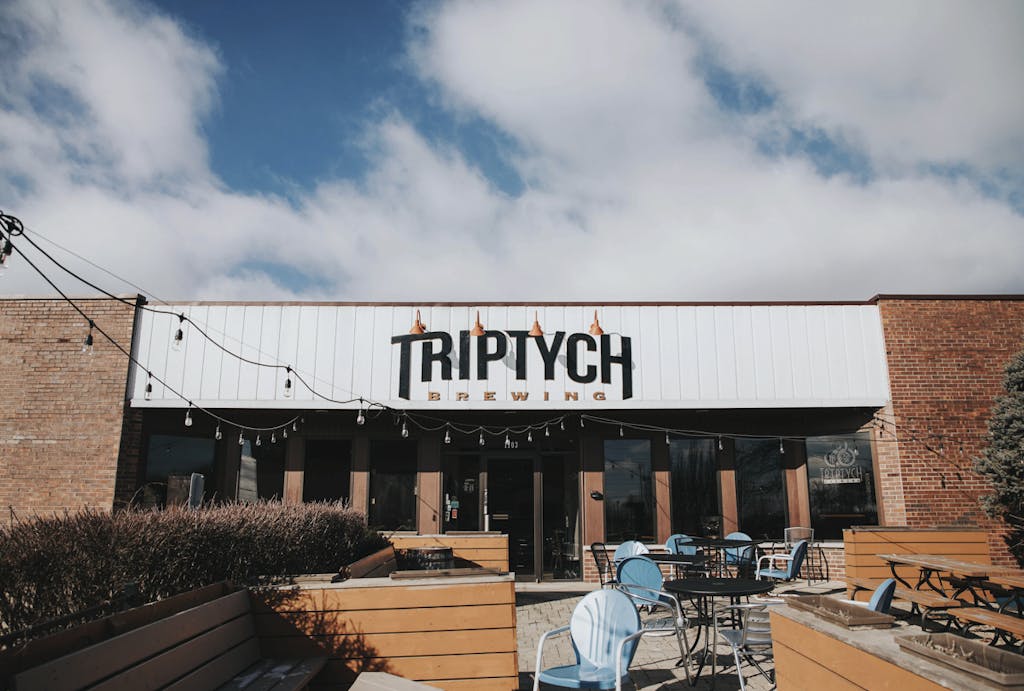 There are three ingredients necessary to make beer: water, barley and hops. So when it came time to name his new Savoy brewery in 2013, Benjamin tapped into the history of art.

A triptych is a set of three associated artistic works intended to be enjoyed together.

“There was a significant art component and a tradition component and it was something that people really wanted to go out of their way to see,” Benjamin said.

Naturally, Benjamin thought, Triptych was the right name for his brewery. At the time, there wasn’t much happening on Woodfield Drive, so folks would have to go out of their way — in a sense — to enjoy the company’s beer, which was only available on location.

“We had the three ingredients to make beer and our beer initially was only in Champaign, Urbana and Savoy, so there were a lot of different aspects leading back to (the number) three,” Benjamin said.

Naming the brewery after something associated with the region crossed Benjamin’s mind, but plenty of other breweries were going that route.

“We thought this would have more of a unique appeal,” he said.

Triptych’s beer is now available in various markets around the state, including Peoria, Bloomington-Normal, Decatur and Charleston. Triptych beer is on draft at more than 50 locations in Champaign County.